Runner up in Map Book and Atlas Category 2015 WLIA!

United Nations High Commissioner for Refugees (UNHCR) calls the ongoing Syrian conflict “the biggest humanitarian emergency of our era.” Since 2011, violence has led to nearly 220,000 lives lost, 6.5 million Syrians have been internally displaced, and over 4 million have fled across borders. While the written and photographic reporting of Syrian stories uses captivating imagery and testimonials to convey the traumatic experiences of individuals, the expression of these experiences in the accompanying cartographic coverage is limited.

In this project, I ask the following research question: How can the cartographic portrayal of Syrian peoples’ border crossings be improved to better represent their experiences? I interviewed seven humanitarian workers, activists, and displaced Syrians and through a critical feminist lens, I developed an alternative mapping solution that more accurately reflects Syrian border (traditional and non-traditional) crossings. 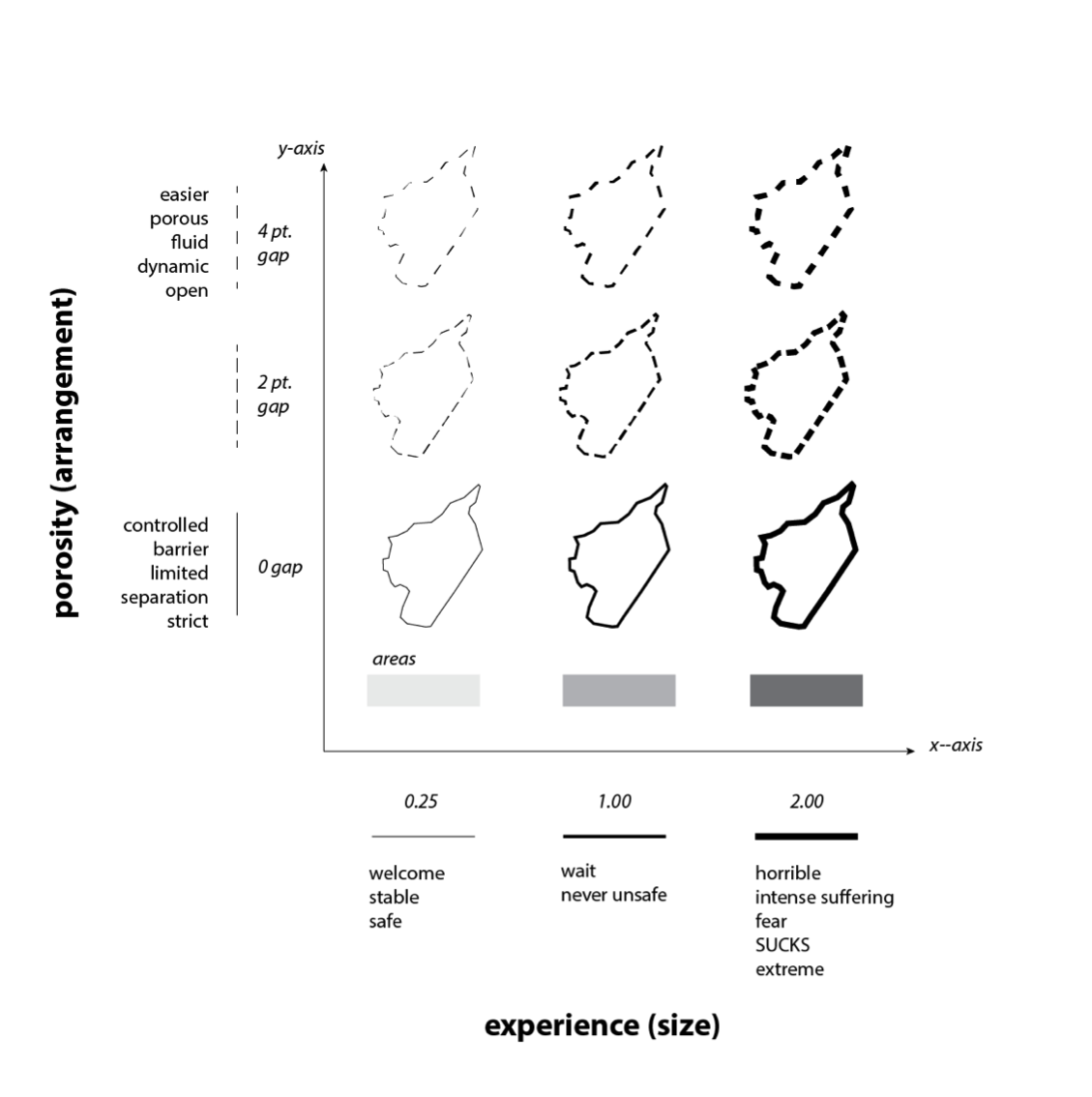